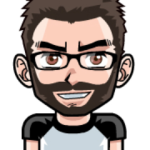 I like to think I have a broad and varied interest in various computer game genres.  There are very few I won’t play, perhaps the most obvious being fighting games as I haven’t played anything since Tekken Tag Tournament back in the Playstation 2 days.  One genre I do enjoy on a casual basis is vehicle simulation (something which Alan berates me over whenever the subject is mentioned), ever since I first played a game called Aviator on the BBC Micro computer in the late 1980’s – you can see it was primitive, but I loved it.  From there followed space simulators and eventually came Microsoft Train Simulator in the late 1990’s, and Flight Simulator at around the same time.

I adored them all, and in today’s market where simulators’ popularity is still enjoyed but somewhat over-saturated with crap like Street Cleaning Simulator available there are still a few gems out there, most of all perhaps is Euro Truck Simulator 2.  This is a game I can’t describe to anyone who doesn’t already have at least a passing interest in the genre, but for me it’s a relaxing way to unwind and just get lost behind the wheel of a truck, selling goods and making money for my fledgling haulage company.  I can picture a few people reading this with one eyebrow raised but that’s how it is for a lot of people who play these games, and as someone who doesn’t drive in the real world it’s as close as I’m going to get to doing that too.

Speaking of driving, that’s another genre I’ve always enjoyed to an extent, particularly arcade racers like GRID, the Burnout series and the Need For Speed franchise.  I’ve never truly appreciated the simulation racers like Gran Turismo, Forza and Project Cars, and until this week I couldn’t quite work out why.  Aside from being utterly useless at them.

I can’t quite remember why, but a few weeks back I developed a burning desire to own a steering wheel for the PC. I think it was while reading a review for Project Cars, as it looked like a game I’d enjoy – great graphics, a progressive career mode… Oh but wait, it’s a simulation racer, I’m terrible at those, never mind.  I couldn’t shake the thought that I’d probably otherwise enjoy the game as you can tinker with the cars themselves and race in true-to-life events at real circuits, but I’d spend more time bouncing off safety barriers and rear-ending my opponents than screaming down back straights at 200mph in something vaguely considered to be a straight line. I decided to read up on some player opinions rather than those of professional reviewers, and one verdict was pretty much unanimous – to get the most out of Project Cars it’s damn near essential to own a steering wheel.